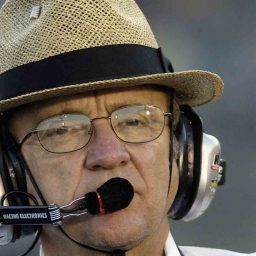 JetBlue and American Airlines today announced that nine new routes will go on sale this week across both airlines in New York and Boston.

With these new routes, the NEA offers more frequencies in New York and Boston than any other airline.

“A new year brings new opportunities for the Northeast Alliance to add more JetBlue flying in New York and Boston and to deliver on the customer benefits we’ve promised since first announcing this innovative partnership,” said Joanna Geraghty, president and chief operating officer, JetBlue. “As we look ahead to 2022, the NEA is poised to deliver incredible growth, which will bring more of our award-winning service and low fares to travelers in the Northeast as, together with American, we create a true third competitor in the region.”

With the addition of new destinations, new markets and added frequencies on variety of existing routes in New York and Boston, JetBlue and American are on track for a record-setting year in the Northeast in summer 2022.

“As we welcome customers back to travel, the Northeast Alliance is delivering on promises to offer customers more choices and travel benefits,” said Robert Isom, American Airlines president. “We’re excited to offer our New York and Boston customers even more frequencies and even more destinations when they travel next year.”

At New York-JFK, the NEA will offer up to 300 daily departures, with JetBlue operating a record 195 flights. Along with the introduction of JetBlue’s new Vancouver service, the airline will also add frequencies on a variety of existing routes between New York-JFK and:

As part of the customer-focused NEA, in 2022, American will enhance its global reach with new, nonstop service between New York-JFK and Doha, Qatar’s Hamad International Airport (DOH), becoming the only U.S.-based carrier to serve the Middle Eastern destination.

At New York-LGA, the NEA will offer nearly 200 daily departures, which includes JetBlue tripling their departures compared to 2019. Along with the introduction of JetBlue’s new Portland, Maine service, the airline will also add frequencies on a variety of existing routes between LGA and:

As part of the LaGuardia redevelopment project, American is completing its move of operations to the new Terminal B, Western Concourse starting today. The airline will no longer operate out of the old Central Terminal Building, which has been home to American’s operation since the 1960s. Additionally, JetBlue will be fully operating out of LaGuardia’s Terminal B when completed in summer 2022, providing easy connections for customers traveling on the Northeast Alliance. The LaGuardia Terminal B redevelopment includes a new 1.3 million square foot terminal with 35 gates, an array of New York City-inspired shops and dining options, permanent pieces of art by leading artists and a one-of-a-kind water feature.

Beginning in June, customers in Boston will enjoy greater connectivity with six new U.S. domestic routes and two new options to Canada. With these new routes, the NEA will serve 46 of the top 50 U.S. domestic mainland markets from Boston. Tickets will be available for sale starting Dec. 20.

Along with JetBlue’s introduction of new service to Vancouver and Asheville, the airline will add even more flying between Boston and Washington, D.C. (DCA) with up to 16 daily departures. Additionally, service at Baltimore/Washington International Airport (BWI) will return in summer 2022 with up to five daily flights between Baltimore and Boston starting June 9.

In summer 2022, the NEA will offer more than 200 daily departures in Boston, with JetBlue operating more than 150, to more nonstop destinations than any other carrier.

JetBlue is also now selling seats for an all-new route at New York’s LaGuardia Airport (LGA), with service to Portland International Jetport (PWM) in Maine. Flights will operate daily throughout the summer season beginning in July 2022.

JetBlue will operate these new routes using a variety of aircraft which all offer the airline's award-winning service featuring the most legroom in coach (a); free Fly-Fi, the fastest broadband internet in the sky (b); complimentary and unlimited name-brand snacks and soft drinks; free, live DIRECTV® programming and 100+ channels of SiriusXM® radio at every seat.

These fares are available online only at JetBlue.com and on the JetBlue mobile app. Travelers who book directly through jetblue.com are guaranteed to find the airline’s best and lowest fares, and can enjoy additional benefits including access to all of JetBlue’s fare options, as well as fare sales and promotions, some of which may not be available through other third-parties.

Today’s newly announced 2022 schedules come just as JetBlue and American have activated a key component of its codeshare agreement with more connecting markets now available through JFK. The airlines are now codesharing on 185 routes, as American will have its code placed on 70 JetBlue routes while JetBlue will place its code on 115 American routes. This gives the pair a combined schedule with the number of markets and seats that allows JetBlue and American to offer their respective customers options that stack up against larger, dominant carriers. JetBlue and American customers purchasing a codeshare itinerary benefit from having a single ticket that includes flights operated by both carriers, as well as conveniences on their day of travel like one-stop check-in and baggage transfer.

More connecting markets through other New York airports and Boston are set to become available to book soon.

Members Earn Miles Across Both Airlines

As announced earlier this year, JetBlue’s TrueBlue® loyalty program members and American AAdvantage® members are eligible to earn miles or points, traveling on either carrier. The accrual agreement covers American flights operating with the JetBlue code within the carriers’ NEA, as well as on all other American flights operating anywhere in the world. At the same time, American’s AAdvantage members can accrue miles on all JetBlue flights within and beyond the Northeast (d).

JetBlue and American’s NEA is already delivering countless benefits to customers and enabling the expansion of JetBlue’s low fares and great service. JetBlue has announced nine all-new destinations and 32 new routes, enabled by the NEA. Together, JetBlue and American have added 63 new routes, including 19 international flights that will launch by 2022 and increased frequencies on more than 130 routes giving more options and choices to customers. For more information about the NEA, visit: www.NEAflies.com.

Delta Raising Sky Club Access Prices, and Absolutely No One is Happy About It

Japan Wants you Back…and Hong Kong Too (Kinda), News from the Travel World

How Long of a Layover Do You Need?

Want To Pay Less For Your Airfares and Travel?

Get Our Daily Cheap Fare Updates